Veterinarians, along with doctors, are trained at college that diabetes, including canine diabetes, cannot be successfully treated. They are trained that the condition can only be palliated, so your dog remains on insulin medication for the rest of his life. This information is neither accurate nor correct. Diabetes can be successfully treated. Canine diabetes mellitus can be resolved. And the way to do it lies with a system of natural dogs health care. 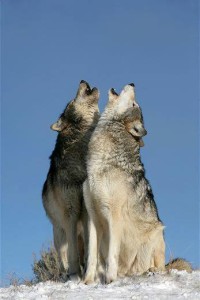 So first, let’s quickly explore human diabetes, to give you a head start in this way of thinking.

There are several doctors who have become dissatisfied which the health care they provide. So they studied nutrition which, oddly, is not part of their medical training. These doctors then started to advice their patients on the benefits of a healthy diet. They obtained promising results, but were still dissatisfied.

So they started to look at global statistics. They looked at where diabetes was most common globally. And they discovered that where human populations were most dense, ie the cities, the incidents of diabetes mellitus was most common. The rural areas did not have such high incidences. And the rural areas in the ‘under-developed’ countries had none.

So the next step was to check out the diet of these healthy rural peoples. The discovery that these people ate a predominantly natural, wholefood, plant based diet, with little or no animal protein and no processed food fits perfectly in line with the way people evolved.

These same doctors could now advice the exact diet for patients with any disease, including diabetes, and now saw astounding results. The diabetes, along with other degenerative diseases, disappeared, never to appear again!

Getting back to dogs, it is obvious that the diet of dogs needs to follow the same route. Dogs evolved on a diet of mostly fresh, natural and definitely not processed, meat they hunted or scavenged.

In stark contrast, commercial dog food is of poor quality protein, has a high fat content, is high in poor quality carbohydrates and is laced with chemicals to colour, to flavour, to improve the appearance and the texture, to replace lost nutrients, to give a long shelf life.

A system of natural dogs health supports a healthy dog..