When you establish a system of natural dogs health, you can both prevent, or treat successfully, canine heart disease. This is a serious disease for dogs and one which affects many aging dogs. Sadly, it is becoming more common in younger dogs now. 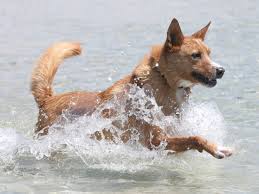 Canine heart disease is common in dogs. It’s their weak link. They give a lot of love. Dogs are very heart centered. So while you would expect it to occur in older dogs, as they near the end of their lives, you don’t expect to see it in younger dogs. But as the dog population of the world becomes less and less healthy, so too are diseases becoming more and more common.

The symptoms of canine heart disease can vary widely, mainly because if the heart is not working well, every other part of the body feels the effect and also struggles to work well. But there is one common symptom that is almost infallible in diagnosing a heart problem. And that is the lungs start to accumulate fluid. When this becomes serious, your dog starts to cough.

The fluid in the lungs will accelerate the breathing rate. Your dog will be less than enthusiastic about their normal walk. Neither the heart, nor the lungs can take the strain of exertion. Digestion becomes too much like hard work, so there develops a loss of appetite. Although this leads to a loss of weight, the abdomen can look bloated with all the fluid.

Other symptoms can include pale gums, indicating anaemia, blue gums, sleeping more than usual and fainting.

Veterinary tests can include X-rays, ECG, ultrasounds and echocardiograms.

Veterinary treatment will include diuretics to drain the fluid and heart medication. These are normally considered viable for the life of the dog.

Not all dogs respond well to medications. Sometimes the side effects are worse than the condition they are trying to prevent. Tests and medication can also be expensive, beyond the means of many people.

You can both prevent and successfully treat canine heart disease by changing to a quality, natural diet. This boosts your dog’s immune system, allowing him to heal himself.

By using natural therapies, such as homeopathy, for all your dog’s health requirements, you can be secure in the knowledge that you are giving him the best chance in life. Homeopathy is natural, safe, non toxic and highly effective. It is economical. It works by boosting your dogs immune system. Bring in a system of natural dogs health to increase the health of your dog, to optimise his life span and to reduce the burden on your wallet.