There are a variety of common side effects of dog vaccinations, just as there are in anyone. The veterinary industry only recognises these side effects for a narrow period of time, usually days, perhaps up to a week or two. In reality, the effects can be for the life of the dog. Or person. 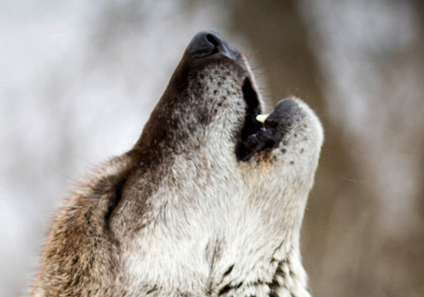 And really the term side effects is misleading as it is the EFFECTS of the vaccine that is causing the disturbances.

Common Side Effects of Dog Vaccinations
Let’s look at some of the short term effects of vaccines first. These can be weird behaviour, howling, swelling at the vaccine site, fever, allergies to natural foods and substances, discharges, lethargy, vomiting, diarrhoea.

These may move into the medium term effects, but now add serious allergies and skin eruptions.

In the long term, symptoms can include extreme lethargy, hypothyroidism and other auto immune diseases, (perhaps immune system collapse would be closer to the mark). Most of these dogs will either die an early death or be killed because the upkeep is too much for the person or family.

Three Common Causes of Adverse Vaccine Reactions
Vaccines are grown on an animal tissue medium. Often this is on chicken or bovine embryos or fetuses. Leaving aside the ethical issues of this procedure, the chicken or cow cells are now part of the culture. When this is injected directly into your dog, the immune response is to look upon them as problems, not unlike a snake or spider bite. So the dog develops an allergy to chicken and/or beef.

Adjuvants are also used to develop vaccines. Adjuvants are included to increase the immune response in the receiver. A common adjuvant is aluminium, or aluminum as some call it. Mostly it’s a salt of aluminium such as aluminium hydroxide.

Aluminium is a known neurotoxin; ie if affects the nerves. The master nerve is the brain. Aluminium is also known as a heavy metal, which means that it is kept in the body. It can’t be eliminated naturally, or is glacially slow at elimination.

Mercury is also used, even in ‘mercury-free’ vaccines! It is the major component of thimerosal, which is a cheap and effective preservative. Most people know that mercury is not only a heavy metal, but also a poison.

There is no safe limit for either mercury or aluminium.

How A Dog Copes With Toxins
With two heavy metals and natural animal tissue injected directly into the blood stream, it is surprising that more reactions aren’t seen in the common side effects of dog vaccinations. Probably most people ignore them or don’t even see them. Each subsequent vaccine delivers another dose, to compound the existing load.

Every species tries really hard to limit the damage of any illness or harm. Even a compromised immune system will do its utmost to keep the body in a state of balance. This is why the effect often can’t been seen for years. Every symptom the body puts out is an attempt to normalise, to de-tox, to stabilise. A fever, discharges, vomiting and diarrhoea are attempts to get rid of the toxins.

When these are suppressed, it drives the issue inwards, creating more serious problems.

How to Help Your Dog
Vets have no idea what the vaccine ingredients are as they haven’t been trained about them. All they know is the recommended schedule.

Neither has veterinary medicine any ability to reverse or assist in these often very distressing conditions. Their only solution to bad reactions in dogs, and other animals, is to kill them.

It’s interesting that dogs have evolved very well without the help of human intervention, for millions of years. Why would they need it now?

Of course, they don’t. But we have set up problems in dogs health, by our interference in other ways. And this has had the effect of lowering our dogs immunity, so that now they easily get diseases that were once rare to negligible.

There are several factors, some which are out of your control. But the main one, which is very much in your control, is the diet.

Feed your dog like a wolf and their immunity will improve beyond your wildest dreams.

The heavy metals and neurotoxins will need help to be eliminated. Consult a professional homeopath for that, as it can be complicated.

Common side effects of dog vaccinations are telling you something is seriously wrong and you need to take heed. Do some research yourself and ask awkward questions. Delve in deep. Uncover that can of worms.