Dog behaviour problems are for the most part, created by humans. The normal treatment tends to be inappropriate and totally confuses the dog. This is common in so called specialist dog trainers and veterinarians alike. 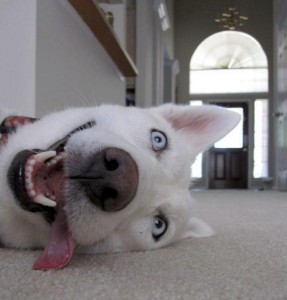 Dog training methods usually completely lack understanding about where the dog is coming from. They are often harsh, frightening or even downright cruel. The veterinary treatment is little better, with the invention of dog antidepressant drugs to add to the myriad of toxic medication that suppresses rather than heals.

Without understanding the dog and why he is behaving the way he is, you have no chance of rectifying the situation. In fact, it is likely to worsen.

To give you an example, my neighbour brought home a new puppy some months ago. He has grown into a large dog. He is the only dog. They are out at work all day. I suspect he is meant to be a guard dog.

This dog is very lonely. He is intelligent and has discovered how to escape. He doesn’t go far. As far as my place. To visit my dogs. To start with, he was content to connect through the fence. But he’s young and active. So he quickly learned how to jump the fence.

He and my dogs thoroughly enjoyed their time racing around at full speed, taking it in turns to chase each other.

When his people discovered this, they shouted at him. They chastised him as he was coming to them, as he was returning home. This sets up another problem in his mind – don’t go to them when called as they are likely to be angry.

I suggested to them that he is lonely, that as they are out at work all day, they should have another dog. Dogs are pack animals and don’t fare well on their own. They didn’t like this idea. Instead they have restrained him, so he can no longer escape.

Dog behaviour problems develop because of such basic misunderstandings. Now he is restrained, when he needs to race around, learn about life, stretch his legs, happily engage with others. He is lonely, when he needs a pack, of at least one other dog, a human or other animal equal to him.

Psychologically, he is likely to go slowly crazy if he is so disposed. Or perhaps depressed, if that is in his nature. Perhaps he will become frustrated. Or angry. This may lead to aggression.

And all because people only look at animals through their own limited perceptions. Dogs are not people. Dogs are dogs and need their basic canine needs met.

The vast majority of dog behaviour problems stem from this human misunderstanding of a dog’s very basic needs.

Without this, you can expect your dog to develop serious psychological problems. These dogs are then invariably killed, as they are deemed unsafe to keep within human society. Yet it was the humans who created the problem.

To find out more about dog behaviour problems and how to understand them, discover Jan Fennell’s gentle retraining methods.

The Dog Listener: Learn How to Communicate with Your Dog for Willing Cooperation 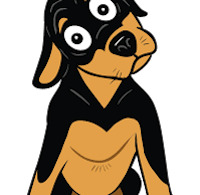 My Other Cool Blogs

Just One Drop – movie about homeopathy