Natural flea treatment for dogs starts, not in looking for the most potent yet natural flea killer. This only seeks to address the effect of the problem. Instead, the best way to solve any problem is to search for the cause. 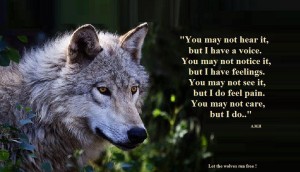 No veterinarian understands the cause of disease, let alone the cause of fleas. They have not been trained to search for causes as this makes no marketing sense. Once you appreciate that vet schools are largely funded by corporations that have a vested interest in the outcome, then your vision starts to clear!

Of course, there are many wonderful vets who do go out of their way to plumb the depths of the cause of disease and ailments in general. But sadly, these are in the minority.

Instead, much like the rest of the world, profit is at the root of the corporate funding of vet schools. But it’s done in a clever way, so as to convince the majority of the students.

When the cause of anything is addressed, the problem is solved. No profit can be made from such insane tactics! So, you are kept in blissful ignorance, shelling out for evermore toxic and dangerous (not to say, expensive) treatments. But the one who really suffers is your dog.

I wonder how many more dogs have to suffer before humanity returns to sanity.

Fleas are common in any animal with fur. There is a very good reason for this. The skin is the first (and the preferred) organ of the body from which to eliminate toxins or unwanted substances. Yes, the kidneys play an important role in this too, but the skin takes up the slack.

Fleas scavenge these substances. They feed off them. Any insect who crawls over your skin is doing the same thing. So they are doing their host a great service. It’s just the same as birds who pick off ticks from grazing wildlife.

So any natural flea treatment for dogs has to start with the cause of why these occur.

Toxins are far more plentiful in the human world than they are in nature. So by the very nature of living with us, your dog’s immune system, the system which operates to rid the dog of harmful toxins, is under greater pressure. Household cleaning chemicals, chemical treatments in the house, garden pesticides, etc, all take their toll on your dog.

However, perhaps the two most damaging effects on your dog’s toxin load are commercial dog food and veterinary medication.

Commercial dog food, at the very best, consists of low quality meat, high carbohydrate content, preservatives (that would never be allowed in human food because of their highly toxic nature), synthetic “nutrients” (to try to make up for the short fall), colours, flavours and appetite stimulators.

This means that every day, you are loading your dog up with ever increasing amounts of toxins. To try to balance this, the dog’s immune system attempts to eliminate the toxins faster. The skin comes into play. Eruptions or just itchy, both show what’s happening. But naturally, this attracts more fleas. Far more than normal because the toxin dump is far more than normal.

The veterinary solution isn’t to help reduce the toxin load your poor dog is carrying. Rather it is (insanely in my opinion) hell bent on INCREASING the toxin load. Chemical flea treatments for dogs are neurotoxins which means your dog’s nervous system is now under attack.

And then the momentum of the spiral increases as more toxic medications are introduced.

Natural flea treatment for dogs starts with you taking back your power to care for your dog as you both see fit.

It means returning to a healthy, natural diet free (as much as possible in this day and age) of chemicals.

It means using natural therapies that work in unison with your dog’s immune system (such as homeopathy), which support it. Rather than suppressing the symptoms.

It means you understanding the cause of the problem, rather than simply plastering over the effects, or listening to “experts” who have a vested interest in perpetuating the problem.

Listen to your dog. Their messages may be subtle, but they are your best teachers!