Here in Western Australia, we are currently experiencing an outbreak of parvo virus. This prompts me to talk about disease prevention in general and to prevent parvo virus in particular. 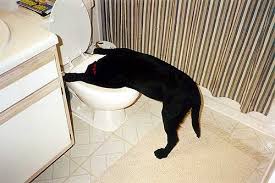 Just before we get into this sensitive and emotional area, I want to introduce Dr Richard Pitcairn. He is probably the foremost homeopathic vet in America. After he graduated at veterinary college, he worked for 5 years in an immunology laboratory.

When he left, his said something along the lines of, “vaccination is a good theory, but doesn’t work in practice”. Yes, it apparently prevents the disease it is targeting, but there’s much more to it than that. So what did he mean?

He believes, as do homeopaths in general, that vaccination simply changes the virus, allowing it to mutate. So the disease apparently disappears, but others come up. In the case of the distemper vaccine, he believes that the virus mutated to the parvo virus. This disease is much more virulent, deadly in fact. So the more mild disease of distemper has been replaced by a more dangerous, new disease.

This goes some way to explaining the reason why so many new diseases are emerging.

It is often considered that a virus will remain in the environment for a period of time after an epidemic. The thing is, all healthy bodies are teeming with micro life. This includes all sorts of bacteria and viruses. It’s part of life. They all have a job to do, and generally do it well, when all things are equal.

It is the lack of the health of the body that allows a bacteria or virus to grow out of natural control. The pathogen is there all the time. But conditions have to change to allow it to take hold. In other words, the ‘soil’ (in this case your dog’s health) has to change. In a single case, this can come about from a single energetic shift such as a shock, a fright, an injury, a grief, a medical procedure, accumulated toxin load, etc. In an epidemic, it can come about from a collective energetic shift.

Although energetic shifts are common and happening all the time, it’s when the dog or the collection of dogs (or anyone) get energetically or emotionally stuck in this area. Then pathology develops.

Keeping a dog healthy with quality, natural food, a loving home, freedom to be who they are, will do far more than a vaccine to prevent a disease, will. This is because you are keeping the ‘soil’ healthy. A healthy dog will be able to resist all canine diseases.

Although many homeopaths believe this to be the best way to manage health care, in these days of having to ‘do’ something, this is often not felt to be enough, by some.

So HP (homeoprophylaxis) was born. HP is a way of potentising (energising a substance according to homeopathic principles) the disease discharge that you want to prevent. So, to prevent parvo, you would give the HP Parvo in potency. This works in accordance with the natural laws of stimulating the body’s response at the point of entry of a virus – the nose or mouth. It is very efficient and has no side effects.

Dr Isaac Golden, a Victorian (Australia) homeopath, is probably the only person in the world who has a PhD on this subject, for children. His experience spans over 20 years of gathering clinical information.

I follow his programme, not only for children, but have copied it for animal immunisation, too.

Parvo virus is most dangerous in puppies, as they do not have a fully developed immune system. They have also usually just experienced multiple traumas – taken from their mother and family, put in a new home often with no other dogs and often left on their own, vaccinated, put in a pet shop and other highly stressful conditions.

Can you prevent parvo virus in young puppies, naturally? Of course. This is the only way! Health is all about a strong immune system. Homeopathy is the ultimate immune support. Not by treating the disease.

As an addendum – many vets are moving away from annual vaccination that has been so common for the past few decades. Now they prefer to test for antibodies (the titre test) and vaccinate only when they are not present. Often this amounts to vaccinating animals every 5 – 7 years, in some cases never after the first one.

If you have to vaccinate an animal, opt for the single disease, rather the multiple one. The multiple ones do more harm. And speak to a homeopath prior, for advice on how to minimise the damage.

Catteries and kennels are changing, and now many do not require a valid vaccination certificate. Shop around.

Would you like to know more about how to have a naturally healthy dog? How to prevent parvo virus easily, as well as every other disease?