Surgery for dogs is a booming trade. Some of it is necessary, but much of it isn’t. It is also very costly, and beyond the means of many people, leaving them frustrated and feeling guilty. But there are alternatives that don’t require you to take out a second mortgage on your house. 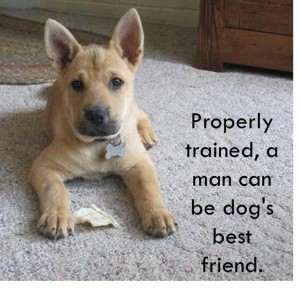 Let look at some of the most common surgery for dogs:

The risk of surgery is very real. While medical mistakes are mostly reported, veterinary mistakes are not. So there are no statistics to offer you the reality. Instead the use human statistics have to be used. Perhaps you can use these as a bench mark. Perhaps you need to consider they may be worse in the veterinary industry, because ‘animals don’t matter as much as humans’?

Let’s look at some of the statistics on human medical mistakes.

Between 45,000 and 90,000 Americans die each year as a consequence of medical mistakes. Many more will be chronically injured.

Over half of the medical mistakes are surgical.

You can’t avoid some surgery, such as sterilisation. But there is much you can do to avoid most other surgeries.

Knee and hip surgery show that the dog has arthritis in one form or another. Arthritis is typically caused by a poor (read commercial dog food) diet and by vaccination and other veterinary medications. Even the veterinary industry are aware of their medications causing problems, but don’t know what else to do.

Fewer cases of arthritis are inherited. This is easily resolved by good homeopathic treatment.

Cruciate ligaments are an injury and can be easily resolved in time and good homeopathic treatment.

Cataracts are often a problem that comes with old age. This can be limited or avoided altogether when you provide proper nutrition for your dog and don’t lower his immune system with various veterinary medications.

Even foreign objects can be removed with good homeopathic treatment. It may take more time than surgery, but it is far safer. And it can eliminate objects that are in places impossible to reach, such as the brain or objects lodged in the spine.

Many people believe absolutely everything their vets tell them. What you need to realise is that vets are people. They are limited in their knowledge, just as everyone is. Often they have a narrow field of vision, confined to what they were taught.

There are always alternatives to everything. A challenge comes up to help you expand your knowledge and consciousness. Animals are good at providing us with those challenges, to give us the nudge to open up.

Most surgery in dogs can be avoided. Start by feeding them real food. Embrace the alternative therapies, such as homeopathy. In time, you may look back on this moment as a turning point in your life. A turn that took you away from a destructive path and into a creative one.