Where Dogs Come From

Carnivores (cats) and omnivores (dogs, but at the carnivore end of the scale) have evolved, from the very start of life, on a diet of raw meat and bones. They are hunters.

Cats only eat freshly killed prey, which means they need very fresh food. With the exception of lions, cats hunt alone. This means they have developed strategies that support this, as well as anatomical differences to other mammals, which is little understood by the veterinary industry. 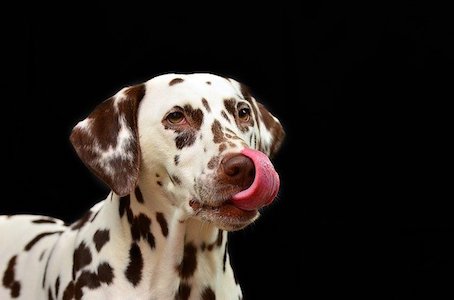 Dogs hunt in packs so have support. They don’t need the same strategies cats need. Dogs are also carrion feeders in scare times, unlike cats.

Why Commercial Dog Food Is All Wrong

Cooked food is not natural, alters the nutritional value and kills vitamins and enzymes. Additionally, processed pet foods often contain harmful additives, such as preservatives, colours, flavours, etc which are not in a pet’s long term interest. The synthesised vitamins and minerals which are added are often in a form unavailable to the body.

Processed pet food often contains diseased meat, some of it cancerous, along with other rejects for human consumption, giving the overall balance of very low grade food.

There are no laws governing the quality of commercial pet foods. This means anything can, and usually does, go.

Generally, only about 40% (or less) of commercial pet food is meat, usually by-products which can be anything from ‘waste’ meat from human meat processing plants, to diseased carcasses, to hair, to feet. (Different proteins have varying digestibility. Much of the protein used in commercial pet food is difficult to digest.)

The other 60% is made up of grain (usually discarded as unfit for human consumption) or any other cheap plant based food. It often in a form that is not nutritional to the pet. Then come the additives, to preserve, improve the flavour, make it look better, redress the lack of mineral and vitamin content, etc.

“Nutritionally complete” or “scientifically proven” processed pet foods which are advocated not only by the pet food manufacturers, but also by many vets may contain harmful substances.

Pets on a raw, quality, balanced, natural diet are less prone to disease and live healthier lives. They are more resistant to fleas and worms. Vet bills can be drastically cut, because your pet just doesn’t get ill.

Dr Edward Bach (1920s) and Dr Pottenger (1930s) both found huge improvements in health in people and animals on a raw food diet.

Dr Bach discovered that the bowels of those people who ate mainly raw food, processed the food easily, with little held up in various pockets. The smell of the resulting faeces was inoffensive.

Those people on a mainly cooked diet digested the food more slowly and the resulting smell of the faeces was more foul. They had more gas and a greater tendency to digestive disorders.

Dr Pottenger headed a research project showing the offspring of cats fed only cooked food, even though the diet was supposedly ‘perfectly balanced’, would be born with immune deficiencies and that within three generations, if little or no raw food was fed, the immune system deteriorated to virtual uselessness.

It took another four generations to build the immune system back up to an optimum level of efficiency where the cat was capable of fighting off severe chronic disease.

In many parts of the world, pet food manufacturers are actively involved with the financial assistance of research at veterinary universities. Unfortunately, this does not ensure freedom from bias. Whilst vets should be the best people to talk to about animal nutrition, if they have a vested interest, such as profit from the diet they recommend, they cannot be considered impartial.

Those vets who do promote a natural diet are, almost exclusively, those who embrace holistic health care. Here are some quotes from these various vets.

“Almost all – if not indeed all – cases of hypertension can be traced, I believe, to the commercial foods. I virtually never have to use digitalis or digitoxin anymore.”
S Allen Price DVM

“Do you know what is in most meal, the major constituent of dry dog (and cat – Ed) food? Urine, faecal matter, hair, pus, meat from animals afflicted with cancer, TB, etc.”
Wendell O Belfield DVM

“We just seldom see the so-called inevitable diseases in our patients, when we can get the owners to raise their pets on the natural foods.”
Robert S Goldstein VMD
Marty Goldstein DVM
Richard J Kearns DVM
H H Robertson DVM

“Diet seems to be at the base of about 90% of the cases of cystitis that I see. When my clients observe the proper diet after initial treatment, there are rarely any of the ‘normal’ relapses. If they put the pet back on commercial food, then the cystitis comes back.”
Nino Aloro DVM

“I’ve had cases of heart disease that were absolutely given up on by other veterinarians, because the cardiograms indicated there was no hope. Nutritional therapy improved the animals health greatly and has given them years more of life.”
Michael W Lemmon DVM

“What you have to do is to bring the body chemistry back to normal. Once you’ve done that, you can just get rid of the tumours without any problem. I don’t cure the cancer; all I do is put the animal’s body into the shape so it can do the job.”
H H Robertson DVM

“Popular flea collars often contain powerful nerve gases. They can kill some fleas. They can also kill some pets and can do damage to children and adults handling the pet wearing the poisonous flea collar.”
Michael W Lemmon DVM

“I haven’t had a single case of hip dysplasia since I started using vitamin C for prevention five years ago. Before that, I used to do one or two dysplasia operations every week.”
R Geoffrey Broderick DVM

“I suppose we veterinarians who do a lot of work with skin and hair problems ought to thank the commercial pet food manufacturers for all the business they create for us.”
J Keith Benedict DVM

“We can get most of our animals with heart problems off drugs, when people go along with me in using natural foods and natural supplements.”
Richard J Kearns DVM

“Bladder stones and kidney stones are completely a nutritional problem. We have never seen a recurrence once the animal is put on a natural diet. Never.”
Richard J Kearns DVM
Norman C Ralston DVM

“I believe all cases of spinal myelopathy are caused by poor nutrition, sometimes going back to the mother’s nutrition during pregnancy.”
Richard J Kearns DVM

“I’ve been dealing with feline leukaemia for years; and I get disgusted with most veterinarians who advocate test and slaughter – that is, if the cat tests positive, it’s best to kill it. We’ve had cats who have been able to climb trees and look normal in less than ten weeks. And I’m talking about cats who were brought in to us too weak even to stand up.”
S Allen Price DVM

“Foods are so complex, we still don’t understand them. For example, researchers discovered that cats need taurine, an amino acids only found in animal tissue, which is lost through cooking. Now it is added to cat foods and supplements. Rather than wait for more such discoveries, it is better to provide animals with the diet that most closely resembles their evolutionary history.”
Richard Pitcairn DVM, PhD

Make Your Own Dog Food

Instead of relying on questionable raw dog food brands, many of whose ingredients aren’t a lot better than the normal commercial brands, whose recipes can change without your knowledge, where the companies can be sold, possibly to less ethical businesses, I feel it’s much better to make your own.

Not only is making your own dog food healthier (if you do it right) for your dog, you can take into consideration their preferences and fads.

You are in control of the ingredients.

Making your own is always more financially rewarding.

It is not difficult to make your own dog food, when you follow my steps. These steps have developed over the 20 plus years (since 1996) I have been feeding raw. Certainly, it may take you time to understand what you have to do. But then, it just becomes routine.

It’s no more difficult to take food from the fridge than it is to open a packet or can.

My Other Cool Blogs

Just One Drop – movie about homeopathy