When you know what causes seizures in dogs, you can prevent them, or at the very least, minimise them. Seizures are one of the most common neurological disorders in dogs. Other terms are fits or convulsions. Epilepsy is the term used when there are repeated seizures. 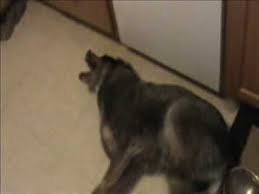 Vets call seizures idiopathic, as they don’t know what the cause is. The closest they can come to a cause is a hereditary disorder. And this may well be the case for some dogs, but somewhere down the ancestral track, there was a cause.

Seizures in dogs, as in anyone, can be frightening to witness. There is a period before a seizure when the dog may hide, become nervous and restless, whine, tremble, seek you, salivate. They know something is wrong. This is where you can come in with some beautifully helpful homeopathic remedies to prevent it developing further.

A dog having a seizure may lose consciousness or have an altered awareness, such as seeing things you can’t. Loss of consciousness means the dog will fall onto their side, and the body muscles contract and relax erratically. The legs may ‘paddle’, the head may be drawn back, involuntary urination and stool may occur. Excess salivation can occur. Canine seizures usually last from a few seconds to a few minutes.

After the seizure, the dog is likely to be disorientated, confused, can be temporarily blind and restless.

Whilst watching a dog having seizures can be harrowing for us, they do not cause pain, the dog in not likely to swallow their tongue and they are not dangerous if they occur singly. Physical harm or injury can be caused by falling onto inappropriate surfaces or if the flailing legs hit objects. Otherwise harm is unlikely, although the muscles may ache from all that activity.

So now let’s get down to what causes seizures in dogs, as this is not a natural problem wild dogs suffer with.

Humanity is at war with nature. Humanity does not recognise the intelligence of nature, that nature is already perfect, that there are very good reasons for pathogens, for insects, for diseases. So instead of looking at their limited thinking, humanity looks at the effect, by-passing the cause.

Many of the so called medicines used in the veterinary industry are highly toxic. There are toxic chemicals to kill fleas, to kill worms, to kill bacteria, to kill viruses. And it is these highly toxic chemicals that are the most common causes of seizures in dogs, especially when they are used again and again, and in particular, when the dog is already weak.

Toxins cause neurological harm. They also exist in the majority of commercial dog food. The accumulation of these toxins takes time and the tipping point can appear out of nowhere, leaving the unaware scratching their head.

It is humanity and our complete disregard for how nature works that are the cause of the majority of ailments and poor health in dogs, as in everyone. If you are serious about understanding what causes dogs to have seizures, you may have to turn your thinking around. You may have to reject most of what is commonly thought. The majority isn’t always right. In fact, I would go so far in saying that the majority is usually wrong.

The practical steps you can take if you have a dog who has seizures is to revamp your idea of an ideal dog diet. Consider what a healthy wild dog eats and mirror that.

You may also have to revamp your idea of health care. The holistic modalities (especially homeopathy) offer far more reaching, far more effective, far safer ways to vibrant health than current veterinary drugs, which only suppress.

Embracing the natural dogs health approach can heal your dog’s health whatever the problem is, because now you are improving their immune system. It is only with a healthy immune system that anyone can have vibrant health, dogs included.

Once you understand what causes seizures in dogs, you can take proactive action, prevent and possibly heal the dog altogether.