Canine cushings disease, or syndrome, is related to a hormone called glucocorticold which is produced by the adrenal glands. Cushings disease is also called hyperadrenocorticism, because it is associated with its over production. This troublesome disease can be prevented by using a complete natural dogs health care system. 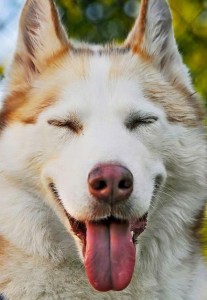 Glucocorticold is a normal and necessary hormone, but when too much is being made, there can be serious consequences.

The symptoms of cushings disease will vary a little from dog to dog, but the common symptoms include increased appetite and so the associated weight gain, increased drinking and urination, hair loss and they will have an appearance of being bloated. Lethargy and weakness, especially in the hind legs, are also common, depending on the stage of development of the disease.

Veterinary diagnosis comes from a variety of tests, from a urine test to an X-ray and ultrasound. Veterinary treatment is often very aggressive, which can tip your already ailing dog over the edge. The options include surgery to remove any glandular tumours, chemotherapy and radiation.

Not only are there risks involved with surgery, it is not dealing with the cause of the problem. Chemo and radiation are highly toxic and can only contribute to your dog’s early demise. They are highly toxic, especially for the liver. They depress the immune system compounding the problem.

One of the main causes of canine cushings disease is the use of cortisone medication. When cortisone was first released on the market, it was only to be used in terminal cases, as the side effects were so serious. Sadly, this caution has disappeared (although the effect has not), and the resulting dramatic increase in canine cushings syndrome is the result.

What are your other options, in prevent it and in curing it?

The very first thing you need to do is to get your dog onto a quality, natural diet. By virtue of its daily consumption, this has the most impact.

The next most important thing to do is to use natural therapies, especially homeopathy, for all your dog’s health needs. Homeopathy is so very successful at treating and curing all known diseases as it works on the patient, not the disease.

Natural dogs health care ensures your dog has a healthy, trouble free life, which is easy on your wallet.