Canine glaucoma is a slowly progressive problem. It can lead to blindness.

In glaucoma the retina of the eye is affected. It is also affected in a similar condition known as retinal atrophy. 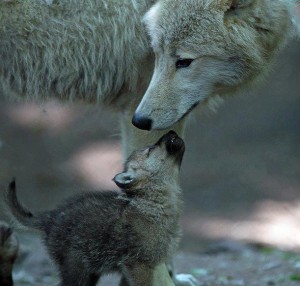 The symptoms of retinal atrophy is reduced night vision, followed by the same during daylight. The pupils are dilated. Cataracts may develop. Close vision may be more difficult than distant vision.

Retinal atrophy is more prevalent in some breeds.

Canine glaucoma is when the retina and optic nerve are damaged by an increase in the intraocular (within the eye) pressure. This pressure increases because the vitreous humour (the fluid in the eyeball) builds up.

Often glaucoma is secondary to other eye problems, such as uveitis. Uveitis is the inflammation of the uvea, which consists of the iris, the ciliary body and the choroid. Uveitis can be a sequel to a wound to the eye, an extension of a corneal ulcer or is a genetic propensity.

Acute uveitis does not lead to glaucoma, but the chronic form can, because there is a disturbance in the circulation.

It is always helpful to known how a health issue develops, what the main causes are and what the best treatment is. But what can be far more helpful is to look at the problem at an energetic level. You can do this simply by asking yourself what the outcome of the untreated problem would be.

Glaucoma can lead to blindness. Energetically this means your dog is much more vulnerable and can’t see forward in life. Other senses develop more sensitivity, such as hearing and awareness.

In the wild, a blind dog would not survive. This means, that by natural selection, any susceptibility would have been bred out long, long ago. The logical conclusion seems to point to what mankind has done to the domestic dog’s health.

Unhealthy breeding must be one of the top causes of any natural disturbance to canine health. You can work out if the breed is a healthy one by whether they would be able to survive, as a new breed, in the wild.

A pug may not be able to, because the very short nose would make it difficult to grasp and eat prey. The short legs may hamper the speed necessary to track down prey. The dachshund is very vulnerable with their long, weak back. And so on.

Aside from the breeding, humanity has contributed significantly to the deterioration of canine health. Vaccination generation after generation has had a significant impact on the health of dogs. One of the more serious side effects of vaccination is the disturbance to the nervous system. The eye is rich in nerves.

Poor nutrition affects every part of a body, whether it is from too much of the wrong kind of food or not enough of the right kind.

Whilst you can’t do anything about the breed of your dog, you can do something about the health care and the diet. It’s never too late to start to improve things, whatever the age of your dog, whatever your age is. By making some simple changes, you may prevent canine glaucoma from happening in your dog.

If your dog already suffers with canine glaucoma, you may be able to prevent it worsening. And reduce any veterinary medication.

The healthiest diet is a quality, natural one. The healthiest form of health care is a natural one, which supports the action of the body’s best efforts. Homeopathy probably offers the deepest action and the widest scope and ability in treating every condition, every disease.