The name canine kidney disease can cover other problems, such as canine renal failure or canine kidney failure. But it all boils down to the same thing. This is a serious condition and can be fatal, as the kidneys are key to health. You can prevent these diseases occurring by using a total system of natural dogs health care. 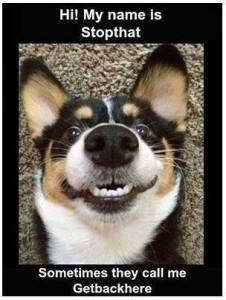 The kidneys are responsible for the day to day removal of waste products from metabolism, as well as toxins. When they start to fail, this removal process can no longer occur and your dog becomes highly toxic. Although this is more common in older dogs, it is becoming increasingly common in younger dogs, too.

A veterinary diagnosis consists of a blood test and a urine test. Sometimes a kidney biopsy is recommended.

Acute failure can come on very suddenly and is mostly due to an acute poisoning episode, such as after consuming slug pellets, rat poison, antifreeze or other poisons. Chronic failure is a slowly progressive problem. It often accompanies other health issues such as heart disease and infections.

The common cause of chronic canine kidney disease is any form of medication, such as antibiotics, vaccinations, steroids, chemotherapy, particularly over an extended period. Veterinary medications are also liver toxic, the liver being the main filter for toxins. All medications suppress the symptoms, rather than deal with the cause of the problem, so are damaging to the immune system. This means that for each drug your dog has had, he will become progressively less healthy.

Other causes can be from degenerative conditions. This will normally only occur in inbred pedigree dogs.

But perhaps the greatest cause is the diet. Commercial dog food is nutrient deficient and is high in various chemicals to colour, flavour, stimulate appetite, improve the texture or appearance, to put back lost ‘nutrients’, to give the product a long shelf life. The chemicals allowed in animal feed are not allowed in human food due to their high toxicity.

The alternative approach is not only preventative, it can be curative even in the late stages. It is less expensive in the long run. Natural dogs health care consists of feeding your dog a quality, natural diet and treating your dog’s health issues with natural therapies such as homeopathy.