Liver disease in dogs, as in humans, is becoming more common. To me, this means something that is being practised today, that wasn’t when liver disease was less common, is the cause. Liver disease tends to progress. One of the most common consequences of this is liver cancer in dogs. 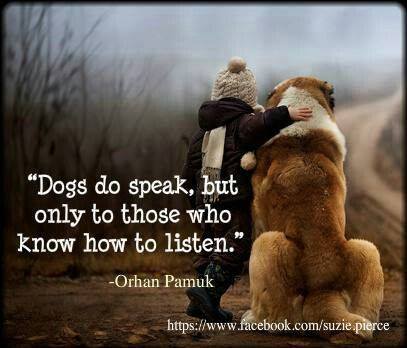 The liver is a vitally important organ of the body. And as there is only one of them, you don’t get a second chance. It is essential in the metabolism of digestion. It is involved in blood clotting factors. It synthesises enzymes. It stores nutrients. It also acts as a filter. It filters out toxins, so that their release does minimal damage to the body. Probably the most serious toxins include those found in food and in medicine. In other words, those that are directly admitted into the body.

Serious damage to the liver generally takes time, usually years. The toxins gradually work away until the liver just can’t function as it should, anymore. It can literally be more than half destroyed before liver failure occurs.

However, there are ways to tell if the liver is compromised, long before failure results. Generally there will be an intolerance to fatty food. Since virtually all commercial dog food is high in fat, you should start to notice an inability to digest this food. Bloating, rumbling, diarrhoea, lienteric (undigested food) stools can all be symptoms of a struggling liver.

Other symptoms can include fatigue in the morning. And sensitivity to the cold, especially at the extremities, the paws.

I feel, that once you know what the cause of any problem is, it is better to take appropriate action, than to wait for the inevitable.

So what could indicate the cause of liver disease in dogs? What has changed in the last few decades when liver disease was much less common?

Two areas that have changed dramatically in the past few decades and which I believe has had the most impact on the health of dogs, are food and health care.

Food
Commercial dog food has blossomed in the last few decades. It is made by corporations. Corporations have only one goal, and that’s to make as much profit as possible. It’s not a question of having or not having ethics. The bottom line is of the greatest significance. All employees work towards this end.

To achieve this, cheap, sometimes inappropriate food, is used. To address this known (and accepted) shortfall, synthetic ‘nutrients’ are added, most of which can cause untold harm to the health of the consumer. Dried food may be the most damaging as it is laced with highly toxic and harmful preservatives, to allow an indefinite shelf life.

Your dog’s liver has to filter all that out. Every day. Every meal. It’s relentless. I strongly believe, that commercial dog food is one of the major causes of liver disease in dogs, today. Why do I believe this? Because when the diet is switched to a natural one, many problems disappear, quickly. Usually after a short de-tox period.

Veterinary Health Care
This is another industry that has enjoyed enormous growth in the past few decades. It’s important to understand that every veterinary medicine, including vaccines, are toxic. And immune suppressive. This is how chemical medicine works. Vets (and doctors) are not trained to look for causes. They are trained to match a chemical drug to a condition. So a dog brought to a vet with liver disease, will get a greater toxic load, with more chemical drugs. So, inevitably, liver cancer results.

It is better to seek out causes of problems, rather than identify the label of the problem, which is simply the outcome, or the effect.

Whether you have a young dog, an old dog or an ailing dog, you can start on a more holistic approach to their health by changing these two vital areas. You will never know just how much your dog will benefit, until you try. Miracles can and do happen with monotonous regularity, when you consider, and address, the whole picture.

The best diet is surely a natural, homemade diet you make with love and care.

Using these two powerful areas to return natural balance and order, and you are likely to see liver disease in dogs, liver cancer in dogs, in fact any disease in dogs, disappear. At the very least, it will buy time.