Renal failure in dogs can be a serious problem. It usually spells the death knoll, if you follow mainstream thinking. But it doesn’t have to. Organ failure is not necessarily the result of old age, as some would like you to believe. 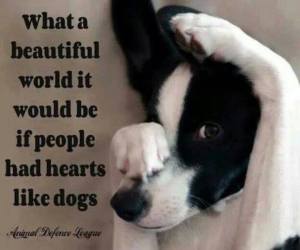 You’ll first become aware of a problem by an unnaturally increased thirst and the accompanying urination. As time goes on, the dog will start to lose weight, become a picky eater and to lose energy. The coat is likely to become dull.

Ultimately they may stop eating altogether, retch and/or have loose stools. They stop drinking, although they may stand over the water bowel, wanting to drink.

What is happening is that the dog has become grossly overloaded with toxins. The kidneys are no longer able to cope with this overload.

What causes this overload of toxins, to the extent of renal failure in dogs?

First lets look at the food, partly because of its daily intake. Commercial dog food is a multi-million dollar industry. Like all corporations, it is much more interested in its profit than in the health of your dog. Corners are cut, ethics are abandoned (if they were there in the first place), sources of the cheapest are sought out.

Cheap sources of animal protein are searched for. The animal protein may be in a form that is not appropriate to dogs, at least in large amounts, such as beaks, feet, hooves, etc.

To bulk out the protein, animal fat is added as well as cheap carbohydrates. Often the carbohydrates are in larger portions than the animal protein.

The concoction is them cooked for long periods to try to eliminate any salmonella that probably infested the raw materials as they waited for processing. You have to remember that there are little or no laws enforcing quality management in pet food. This means that anything can (and often does) happen.

Colours, flavours and preservatives are also added. The really nasty preservatives, that would never be allowed in human food, are formaldehyde and ethoxyquin. I encourage you to search for the effects of these two common pet food ingredients yourself.

So over the years, your dog’s toxic levels have been steadily increasing. Simply by the food you feed them. Very often the food that had been recommended by your vet. The special diets are no better.

To add to your dog’s toxic burden, if you use the services of a mainstream vet, rather than a holistic one, the medications they have received over the years, including the vaccines, have also added to the burden. All veterinary medications are toxic. They also suppress the symptoms (aka the immune system), lowering the long term health of your dog.

So how do you help your dog either now that they have developed kidney failure, or to prevent it happening?

The first thing to do is to change the diet. Scrap the commercial dog food and start feeding a quality, natural diet. That alone may slowly bring your dog back from the brink.

For faster results, have a consultation with a homeopath or homeopathic vet. Homeopathic kidney support remedies can save the day. However, other remedies are likely to be needed as symptoms change, showing a dog returning to good health.

Don’t be daunted by the negative news from your vet regarding renal failure in dogs. Where veterinary care cannot help can often be easily resolved by good holistic care.

1 Response to "How To Help Renal Failure in Dogs Holistically"