With more and more people turning to a vegetarian or vegan diet, they are also considering a vegan diet for their dogs. Is vegan dog food supportive of natural dogs health? Does it supply all their nutritional needs? 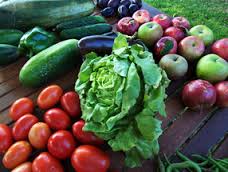 Before answering that somewhat complicated question, a few things need to be considered.

The perfect and healthiest diet for any species is based on where they came from, their evolutionary history, if you like. The best way to discover what this is, is not only to look at how their wild cousins live, but there are also many clues in the anatomy of the species.

First, let’s look at wild dogs – wolves, jackels and so on. These animals will hunt in packs and often pull down a large animal such as an antelope. So obviously dogs survive very well on meat.

But in scarcer times, such as in a severe winter, during a drought or in semi deserts condition, wild dogs can and do survive on much less meat. Earthworms can be dug up as can root vegetables.

So dogs are omnivores, just as we are. Both species can survive on plant food and on animal food.

But the story doesn’t end there.

In omnivores, species are closer to one end of the scale or the other, ie the herbivore end or the carnivore end. And this can be gauged from the species anatomy.

We all know that horses are herbivores. And most of us appreciate that cats are carnivores. So, with these as markers, let’s compare the human with the dog.

Horses have blunt teeth to grind up plant matter. They have long intestines to digest the tough cellular matter. And the stomach pH does not have to be highly acidic.

On the other hand, cats have spiky teeth to catch and restrain their prey and then to crunch up the bones. Cats intestines are short because raw meat digests quickly and mostly in the stomach. The stomach acid of meat eaters needs to have a low pH, which is highly acid.

Humans have blunt teeth very like horses. We have long intestines and not highly acidic stomach acid.

Yes, dogs can survive on vegan dog food, certainly for short spells, but whether they will remain healthy in the long term is questionable.

Discover a diet best suited to your dog and one which will fit into a busy schedule in Naturally Healthy Dogs.